How to Write a Narrative Poem 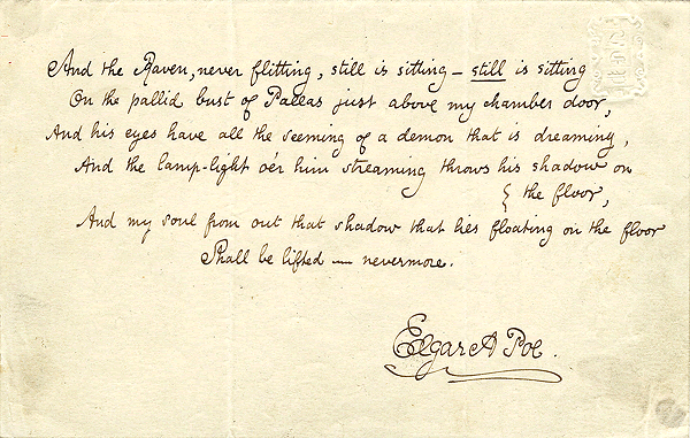 A narrative poem tells a story. It may contain some or all of the components of fiction such as plot, setting, characters and even dialogue. A narrative poem doesn’t have to rhyme like a ballad, nor does it have to have a certain number of syllables like a Haiku. It also doesn’t follow a specific pattern like a sonnet.

Some of the most famous poems are narrative poems such as Geoffrey Chaucer’s “Canterbury Tales” and “The Odyssey” by Homer. Edgar Allen Poe’s “The Raven” is also a narrative poem.

Though today’s narrative poems are generally free form, you can still use rhyme if you want to. The point of a narrative poem is the story it tells.

Here are some tips on how to write a good narrative poem:

What do you want to write about? Is this a poem about love, loss, friendship, pain, desire? Decide your theme.

Jot down some ideas

Write some ideas on how you can tell that story. Who are the characters, what are they doing, where is the poem taking place, do they have anything to say to each other?

The details of a narrative poem are often the most emotive. In Tomas Lux’s poem about a jar of maraschino cherries that never get consumed in his family’s refrigerator growing up, he uses the bright colors and exoticism of the cherries to highlight the drabness of his family’s home. By taking an off-kilter angle of using maraschino cherries of all things, he makes the emotions of the poem even stronger when he writes the last line explaining why nobody ever ate the cherries: “Because you do not eat that which rips your heart with joy.”

Consider starting in the middle of the action

A narrative poem permits a lot of departures from traditional forms of poetry such as ballads, for example. You don’t need to provide background or build up to a high point. Instead, you can plunge the reader right in to the middle of the story to grab their attention.

In Sharon Old’s “I Go Back to May 1937” the narrator tells the story of her parents meeting. In the middle of the poem, she speaks to her parents even though she isn’t born yet. She warns them of the suffering they will experience in the future if they get married and have children. Marie Howe gives snippets of dialogue between herself and her dying brother in many of her poems throughout her book What the Living Do. Dialogue, just as in fiction, can help drive the story forward and provide depth and voice to the characters.

One of the strengths of a narrative poem is its ability to capture emotions. Use some of the following literary methods to bring your language to life:

Narrative poems can be extremely powerful ways to tell a story and express an emotion. Be creative, find a different angle from which to tell your story, use dialogue and express yourself with metaphors or personification. Good luck and happy writing!